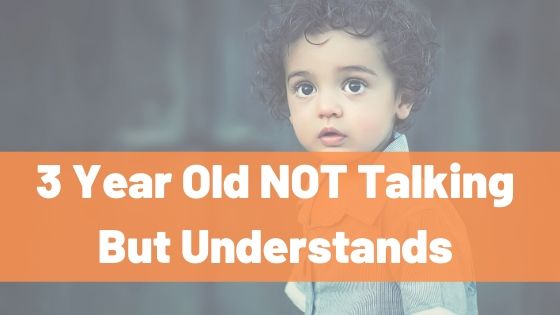 Many parents get confused that their 3-Year-Old is not talking but understands what they are saying to him. This is a case of speech delays and its not as scary as many parents believe.

Parents mostly get overwhelmed in this regard and often overthink this whole matter. In this case, the child is nothing but a little shy and that’s fine.

In other cases where some special kind of medical treatment could be required is that the “Child doesn’t speak”.

This means he’s probably subjected to some kind of hearing problem etc. But here we know that the child listens and understands the instructions from Parents.

Signs That Your 3 Year Old Isn’t Talking But Understands

In the very initial period of a child’s life, he’s learning the most basic stuff.

And before he uses any words for communication, he starts expressing himself with the gestures.

He would make weird expressions on the face in certain situations and his hands’ movements would also have a message in it.

For example, he may start shaking his hands and legs when his hungry.

Most of the children start using gestures as a way of communication in their early childhood, around the age of 1.5 years.

Thus if you’ve seen a pretty visible delay in your child utilizing gestures as a means of communication, it’s a good sign that he’s delaying his speech as well.

Doesn’t use rough words by 24 months of age

The next thing after the gestures would be using ‘Voice’.

Pay attention here we didn’t mention ‘words’ because at such a young age your child doesn’t say clear words.

But you should be able to trace different expressions of him through the voices he produces.

For example, he’d scream when happy or excited. Eventually, he should be able to utter rough and ‘hard to understand’ words.

He may not even be able to complete the whole word but would give you the sense to understand it.

If by the age of 24 months your child isn’t or wasn’t using some rough kind of words, it’s pretty clear that there’s a talking delay in his behavior.

Doesn’t use pronouns by 30 months old

Normally as the child grows a little older than that, he should be more specific in his speech.

One specific thing to look at is if he has started using pronouns while talking.

This is the time when they are on the second step of figuring out ‘speech’ as a newbie.

Thus you should expect your child to have pronouns in his speech somewhere between 30-40 months of age.

If this is not the case, maybe his behavior is deviating a bit from normal and the assumption of your 3 years old not talking but understands can be believed right.

RELATED: Does Your Child gets Upset When Parents Show Affection?

What You as Parents should do?

Communicate with your child more often

The very first thing you as Parents would need to check is if you two are having a communication barrier between each other.

Maybe you’ve not been spending that much time with your child, or you don’t interact that much with him.

For a 3 Year Old, the only people around him are his Parents. He’s meant to talk to, play with and learn from his own Parents.

The reason that your child is not talking but do understand, can be simply that you haven’t made him speak that much.

Children at such an early age are supposed to be taught and motivated to do certain tasks. That’s why Talking to toddlers is critically important.

Thus you’d need to consider building a strong communicative connection with your child first before doing anything else.

Use objects for what they are made

A Child learns through different means with respect to its surroundings. Observational learning is one of the earliest learning mediums used by the child.

Your children look up to their parents’ guidance and learn basic processes with it.

For example, you use a glass to drink water that would instill in his mind that Glass is used for drinking water.

Thus it’d be on parents that they convey the right meanings to their children.

One reason for the speech delay in your child can be that he isn’t confident about what he has learned about things around him.

For example, did you ever played throwing some other object instead of a ball?

It can confuse the child about what certain things are exactly meant for? And these kinds of actions can be a reason for your 3 years old not talking but understands.

Give Clear Instructions to the Child

A child may also get confused about certain things if he doesn’t receive specific instructions from his parents.

A 3-year-old child knows very little and is constantly figuring things out. Thus you should not complicate the situation for him by making blurry statements.

You as parents should prefer making direct statements rather than asking questions.

Saying “Please go to bed now” would seem more appropriate than saying “Are you ready to sleep early tonight?”.

Another angle of it is to give one instruction at a time.

So Parents shouldn’t use sentences like; “Take off your shoes, complete your homework and get ready to go out with me”.

These kinds of sentences would mingle the orders from him and he’d not be confident of your instructions.

Demonstrate with respect to instructions

Practically doing something in front of your kids would instill the right understanding in their minds.

This is the time when you show the most basic processes of life to your child like you are demonstrating them.

For example, you should take out some special time in order to teach him how to tie a tie, how to carry something heavy, how to play soccer, etc. 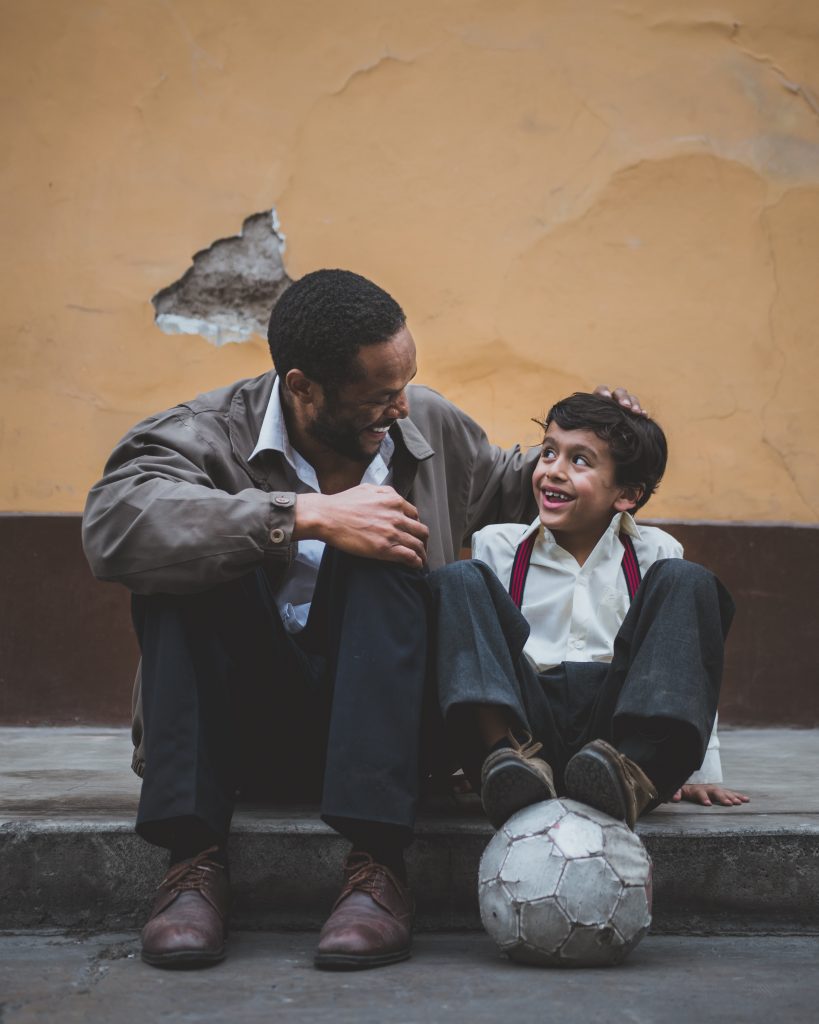 From putting on shirts to eating the right way, make sure you demonstrate your 3-year-old child each process along with directing through instructions.

It would make him comfortable and curious as well as learning new things which in turn would help him talk at an early stage.

Use expressions while speaking

Body language is a huge factor in order to influence someone. So is when teaching your 3-year-old child how to speak.

The way you use your expressions and your body language while talking to your child would convey a lot to him.

Kids at such a young age may understand what is being said, but emotions and intensity isn’t something only words could convey.

There have to be some gestures attached to define meaning to what you’re saying to them.

For example, children would learn if you are saying something in anger by seeing your upset face and aggressive tone.

Thus you should use your gestures tactically so you could communicate with them in a better manner.

Read Books with him

Reading has massive benefits for anyone.

Especially for Children’s reading makes their mind exercise, keeps it active and helps them concentrate better.

Researches have shown that Parents reading books with children have a huge impact on the Child’s development.

You should read books sitting with your child (these can be fiction stories as well) as it’d help them develop creativity and strong thinking power.

A free mind would help them with opening up to talk.

While reading books to your toddlers, it’s important that you not only read it to them but actually engage them into the content of the book.

So they consume the content and they get stronger mentally.

Some clarifications which are needed to be made here are;

It can be pretty much the case that your child naturally doesn’t like to talk that much. So make sure you measure his performance the right way.

If you see him saying words every now and then, you’re good to go.

Even if the delay in your child’s speech is really understood that this behavior is normal and the factors behind it can be tackled, as told in the headings above.

There’s nothing to worry about as long as you start seeing progress on a mediocre pace.

If you’ve found out that your 3 years old not Talking but understands it clearly means your Child’s speech is actually affected.

Thus you have to sink in the fact that it’s a result of the first 1-2 years of wrong upbringing.

Thus you should give your child some time, in order to see some positive change in his behavior.

ALSO READ: Permissive Parenting | Everything You Need to Know