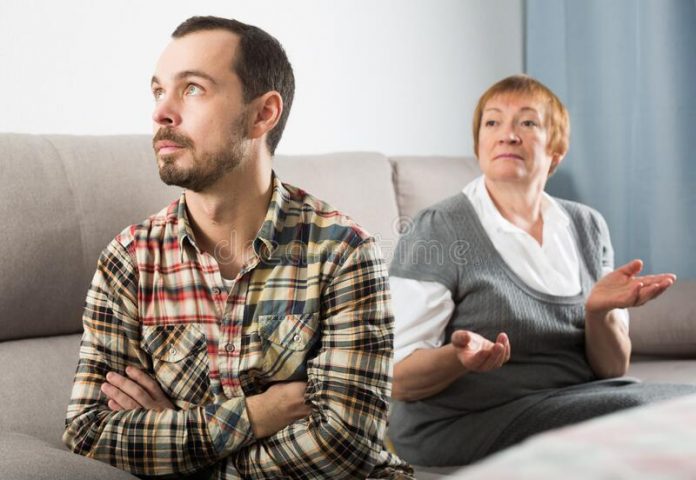 Nature works in mysterious and unusual ways, while mothers and daughters share a unique bond; the bond between the mother and her son is perhaps one of the most sacred and profound attachments in this world.

And such may be the case due to the intrinsic nature of human beings, as explained by Sigmund Freud.

Freud, a revered name in the world of modern psychology, is known to have studied the psychology of humans and concluded that children, as young as 3 years old, are attracted to their parents.

If they are attracted to the opposite sex, that is, daughters like fathers, while sons like their mothers, that’s positive Phallic psychosexual development, and this could help us explain why sons are closer to their mothers. And of course, socio-cultural factors always come into play as well!

In some cultures, women think that having a son increases their social standing, hence an undying love for their sons.

However, there can be some situations where the son isn’t approving of his mother and is rather displeased with her.

Such an unhealthy relationship takes a huge toll both on the mother and the son, but before we talk about its remedies, let’s explore the causes of such a strenuous relationship, shall we?

Why a Son Could Be Rejecting His Mother?

Human beings are complicated creatures, in most cases, their thinking and behavior are shaped by their circumstances and hormones (Yes, biology plays a huge role in shaping our behavior, we’ll talk more about it in a tad bit).

His Company Matters A Lot

But studies on boys, especially adolescent boys tell us that in most cases, boys have a difficult time communicating their feelings and true emotions to their mothers.

They feel that their mothers belong to the opposite sex, and thus don’t understand them, and hence, they act coldly when they reach a certain age. 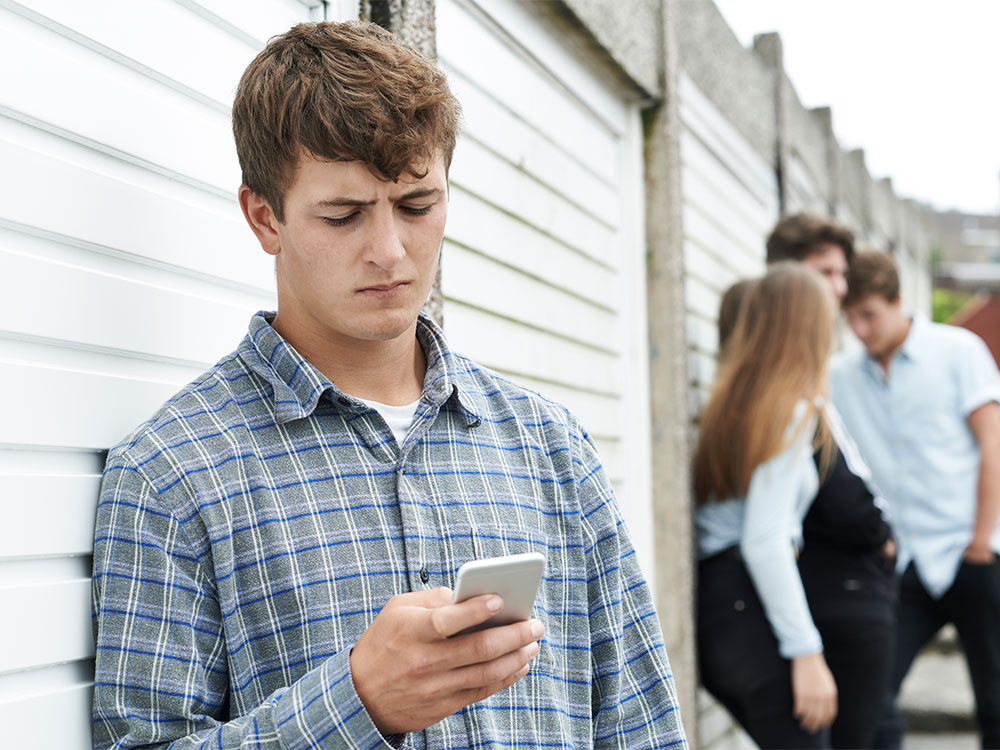 In other instances, their social circle and group of friends might bar or discourage them from having a strong relationship with their mothers.

Boys usually like to be ‘tough’ and anything-an act or relationship that sheds their illusion of toughness is often looked down upon in their ‘gang’ of friends. In other words, peer pressure might stop them from having a healthy relationship with you.

Another intriguing reason could be that his life goals or his mundane life routine might bar him from spending time with you, and consequently have a healthy relationship with you.

Young adults, those that are new to the nuances and the business of the practical world, often get overwhelmed by the expectations set for them, either by themselves or their bosses, and find themselves lost.

In such situations, they’re unable to cope with their existing relationships, and as a result, might not be able to spend as much time with you as they did when they were young and carefree.

So, the lesson here is that mothers should understand that their ‘young’ boys aren’t as young as they perceive them to be, rather they are adults in their own right, capable of making their own decisions and leading independent lives.

Also, in some cases, mothers wish that their sons follow all their orders and commands. While this may seem, motherly love, in reality, mothers might cause their sons to rebel against them or be spiteful, the last thing a mother wants.

His Spouse is giving him a tough time

Relationships can be strenuous, especially when you’re forming new ones and can’t strike a balance between old and new ones.

And, a mother-son relationship often gets strenuous when her son gets married or moves in with a partner. 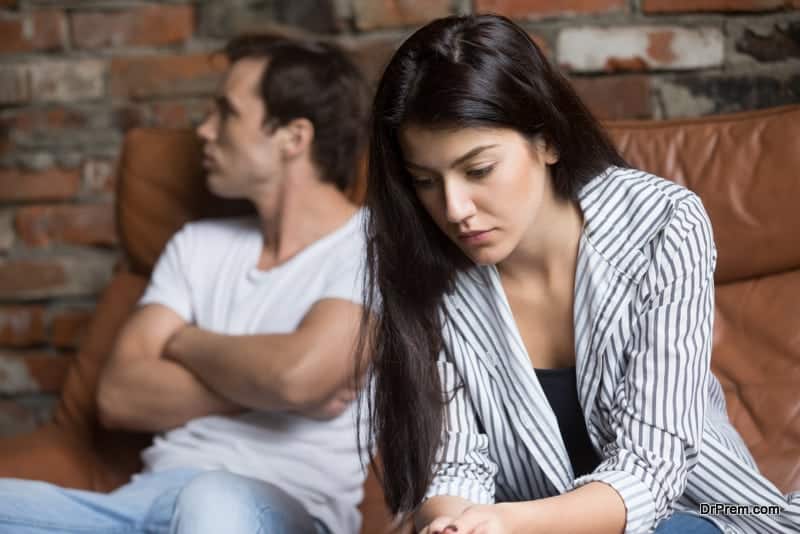 In such a situation, the son often has a hard time giving an adequate amount of attention to his mother and partner; the mother often complains of being ‘ignored’ by her offspring, while the partner may call him a ‘mother’s boy’, something that the man does NOT want to hear at any cost.

So, in other words, adjusting to a new life can be difficult, but requires substantial efforts from both parties to secure a healthy and strong relationship.

How to Make a Son Accept his Mother?

You are without a doubt your son’s mother, but sometimes the relationship can be strained due to a plethora of factors, and we just discussed some of them.

So, let’s now talk about how you can mend your relationship with your son. Let’s delve now, shall we?

Show That You Care For Him

You must show your child that you are his mother and that you love him. 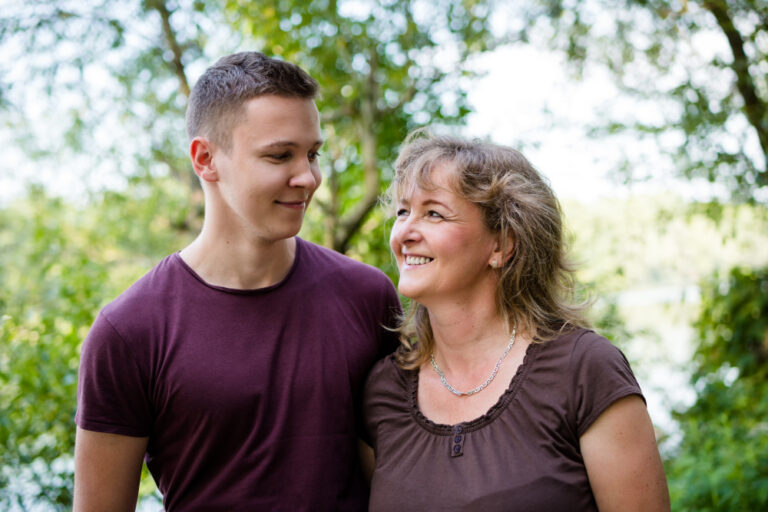 You must tell and show your child (through your actions) that you care a great deal about him and the fact that he either accepts or rejects your relationship has a significant impact on you.

The best way to do so is by having conversations with him, and ideally, not forced ones.

Remember, He’s No Longer a Baby

Also bear in mind that you’re dealing with an adult and you’re no longer dealing with a five-year-old. Your son is an adult with a mind of his own, who reasons, and exercises his will because he is capable of doing so.

So, the best way to have a healthy relationship with your son is by giving him as much space as possible by realizing that he’s a living and breathing adult, and requires as much privacy as a normal adult would so respect that.

Put Yourself In His Shoes And Understand Him

The best way to get into the mind frame of a person is by putting yourself in their shoes and by trying to understand their predicament.

Once you do that, you will understand what bothers your son and you might be better able to mend your relationship with him.

Also, once you put yourself in his shoes, you will realize the issues and problems that he’s facing and will be considerate of him, which will lower your expectations of him and you shall have a better relationship with him.

Indulge In Fun-filled Activities With Him

Remember the time when your son was a toddler and you use to play with him?! How happy were the two of you back then!

Well, today, you may not be able to play with your son as you did back in the day, but surely you can find a fun activity that the both of you enjoy and bond over it.

This way, you’d be able to spend time with him, which will strengthen your bond and give a new dynamic to your relationship.

The most important aspect of having a grown child, whether a son or a daughter, is that you respect them and give them privacy. You must recognize while your son came out of you and is your blood, but he is far more than that.

He is an individual capable of making his own decisions and thus, doesn’t need your guidance and counsel at EVERY step of the way.

Instead, your advice should come when he asks for it and not before that. In case you can’t bring yourself to give him the due space that he deserves, remember the following words of Khalil Jibran,

And a woman who held a babe against her bosom said, Speak to us of Children.
And he said:

Your children are not your children.
They are the sons and daughters of Life’s longing for itself.
They come through you but not from you.
And though they are with you yet they belong not to you.

You may give them your love but not your thoughts,
For they have their own thoughts.
You may house their bodies but not their souls,
For their souls dwell in the house of tomorrow, which you cannot visit, not even in your dreams.
You may strive to be like them but seek not to make them like you.

Having a grown son who rejects his mother can be difficult but remember it’s also the best bond a person could ever ask for. Sure, like everything else in life, it too, has its fair share of ups and downs, but the bond remains sacred, no matter what.

If you have a son, just don’t forget to give him some privacy as well as some space to be his own being.

As a mother, you might have a hard time letting go of your little boy, but the sooner you realize that he’s a person of his own, with an independent identity, your life will change for the better.

When Your Grown Child Makes Bad Decisions | Guide for Parents