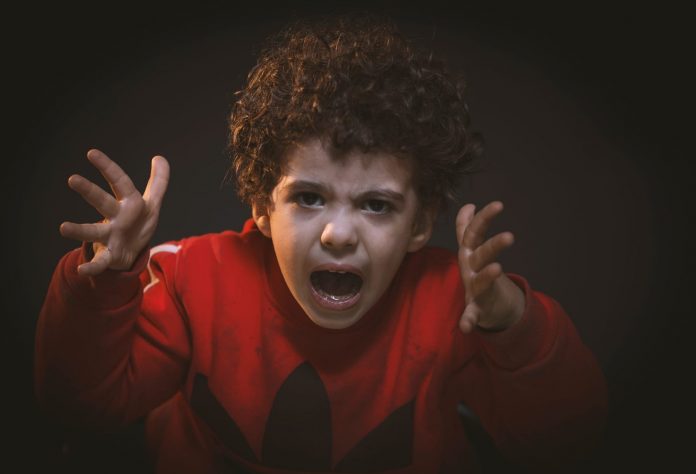 One of the most common parenting challenges is when your child wants to control everything.

Parents being the head of the family not only are concerned about their losing authority but also about how it’d impact their child’s behavior in the long run.

Here are some of the signs showing your child wanting control;

If the above are some symptoms you find common in your child chances are he has developed a controlling attitude.

Before we move towards how we can fix his manners back to appropriate, we have to know what ‘Controlling’ actually means.

Differentiating on the basis of several factors we can categorize ‘control’ into 2 types;

Behavioral control is supervising the activities of your children and keeping an eye to ensure their actions correspond to appropriate behavior in general.

Example: Restricting your child from watching too much TV.

Psychological control is parents triggering their children emotionally for them to follow what they consider, the appropriate behavior.

Example: Making your child feel guilty of disobeying parents if they watch TV regardless of the restriction. 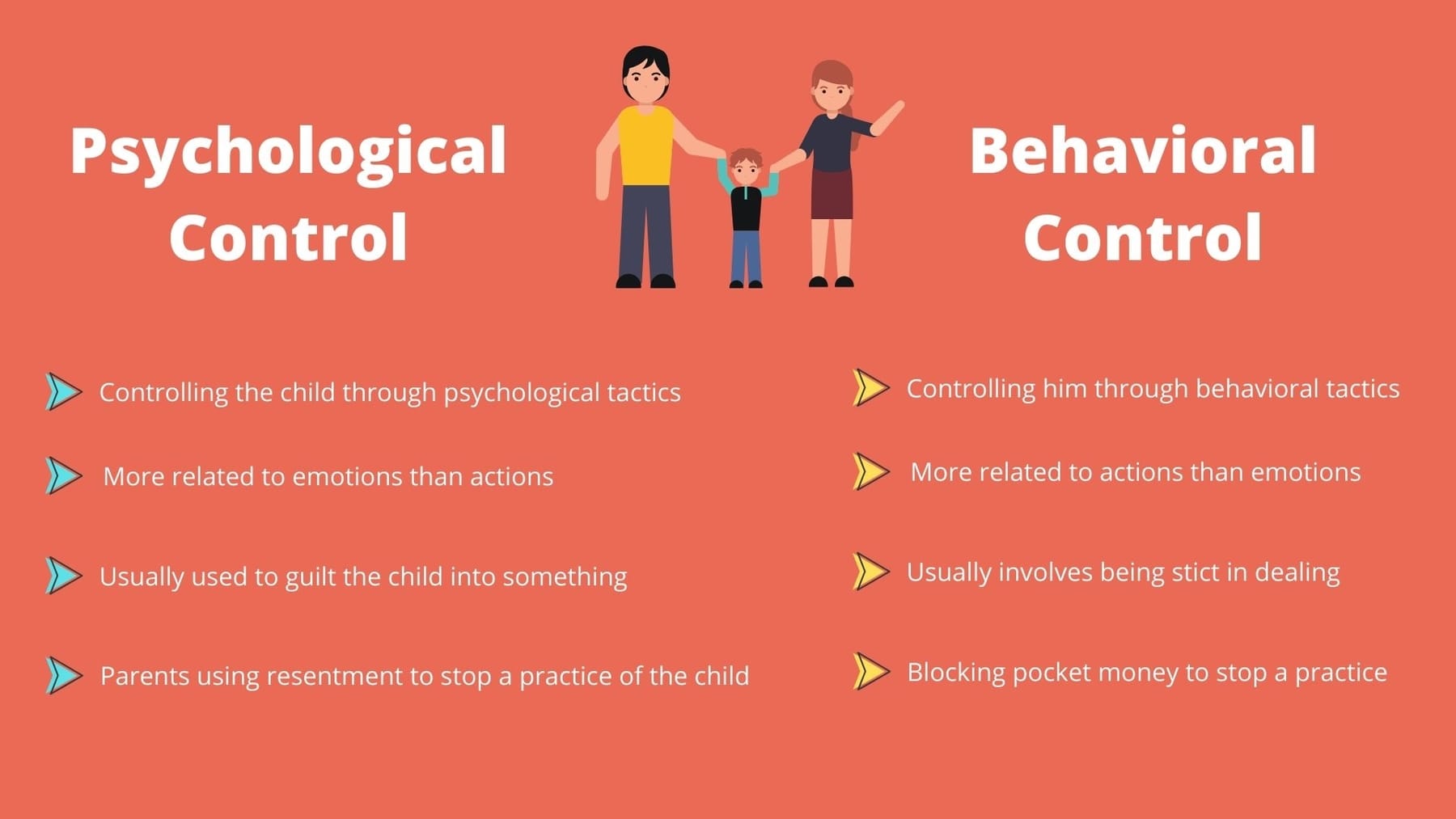 Why Your Child Wants Control?

There can be multiple factors triggering the controlling behavior in your child but here we can discuss them broadly under 3 reasons.

This aspect needs to be looked at in detail. So let’s dive right in.

The first thing a child looks up to is his own parents and their behavior. Try to recall how good you were at following the family rules as part of the family.

Your child since the toddler years has been fed the same teachings practically by you.

If the child saw his father being the only decision-maker (in the family) his whole life, chances of him repeating the same behavior would be high.

As your child learns and adopts a specific behavior, he’d continue to carry it as long as he doesn’t see any resistance from your side.

Thus it can be the case that as you recognized the initial time of his controlling actions, you ignored or didn’t take it seriously.

And receiving no friction from your side, the child kept the same behavior and with time got firm with that.

Another factor can be that your child never learned accountability growing up. It can be a result of not tracking his activities and questioning him where required.

Thus now he doesn’t feel he’s accountable to anyone in the family.

This turns it into him thinking; “I should be allowed to do whatever he wants to do and no one should question me”. 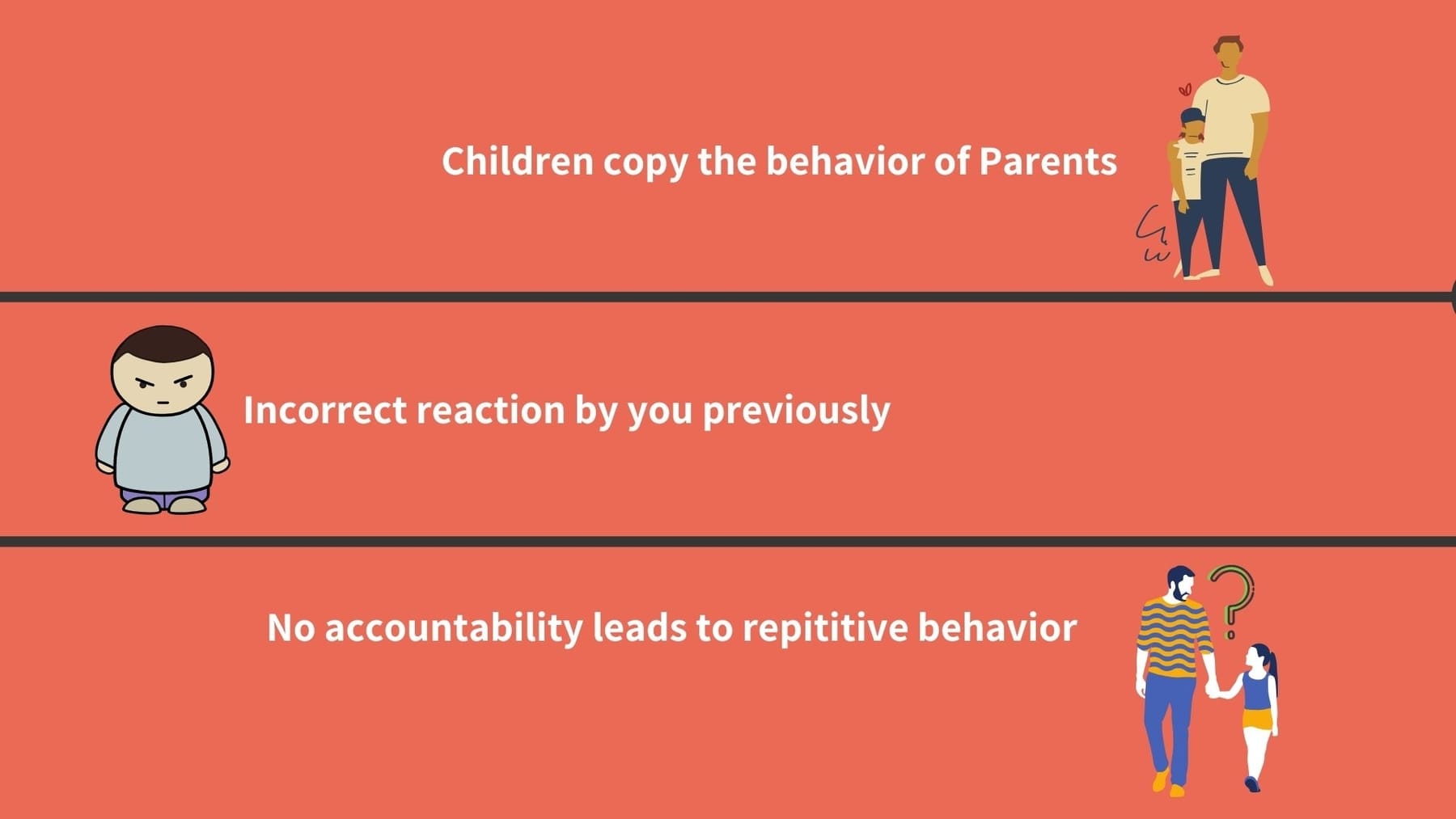 How to Change Your Child’s Controlling Behavior?

Now that we have a better understanding of what this behavior actually means and where it is originally coming from; let’s look into how it can be altered.

When you feel like your child wants to control everything, it is time to show a firm reaction. By ‘firm’ we don’t mean you should shout or hit him.

What it means is that you should have a more bold reaction towards him.

You being soft towards his inappropriate attitude would only provoke him and we need to do the exact opposite of that.

This is the most common spot many parents fail at. In order to keep your child’s behavior on point, you’d have to be comfortable saying ‘No’ straight on his face.

For example, if you ask your child to go to sleep and he while playing Video games says; “Not right now. I want to play”, you have the right to reject his request and say; “No”.

You not taking his rebellious behavior seriously would only encourage him to do more of it.

Set certain rules for him

One of the best practices to solve this behavioral problem in your child is to set certain home rules. These rules can include anything you want him to follow.

While setting those rules you have to be careful of not being blindly cruel and/or being extra soft. Thus to assess the level of freedom you want your child to have to make sure your rules are;

For example, setting up a rule to get to bed by 10 pm is important, followable and can potentially prevent your child from playing video games late at night.

Aware him of the consequences

Children don’t know anything if you’ve never told them about it.

And in case this control snatching behavior started developing in your child in his toddler years and you also didn’t resist him, chances are your child feels its normal.

In this case, what parents should do is that they should aware of the consequences. First, make him understand that bad not to listen to your parents.

If you still get continuous disobeying behavior you can bring in some punishments as consequences. Tell your child that if he doesn’t obey you, he won’t get his pocket money, etc.

Be willing to act

Being Parents you can’t just rely on warnings (if you’ve noticed those aren’t working) and thus you should be willing to act.

Considering the same example as above; if your child still disobeys you regardless of the warning, you must block his pocket money right away.

Otherwise, seeing that you’ve repented from what you said would make you look soft in front of him and will only provoke him to carry that behavior out again.

Praise and positively reinforce your child whenever he seems to be progressing on his behavioral scale.

For example: If you’ve always been asking your child to use less of his smartphone and one day you see him putting his phone down to talk to you, appreciate him over it.

Tell him that you’ve noticed the change in him.

Praise from the parents can be the ultimate source of motivation for children.

Let your child learn, himself

There are times you have to learn certain lessons themselves. That’s exactly how your child learned the wrong behavior as well.

This doesn’t mean you have to cut yourself off to them. Rather you should put things in perspective for them to connect the dots.

For example, if your young daughter used to scream when you didn’t buy her favorite doll for her, she’d until you give up, she’d repeat the same tactic the next time as well.

In the same way, when your daughter would see you not listening to her unimportant desire, even when she tried screaming, she’d give up observing the same response multiple times from you.

Thus your child would understand the whole point in a more patterned manner. 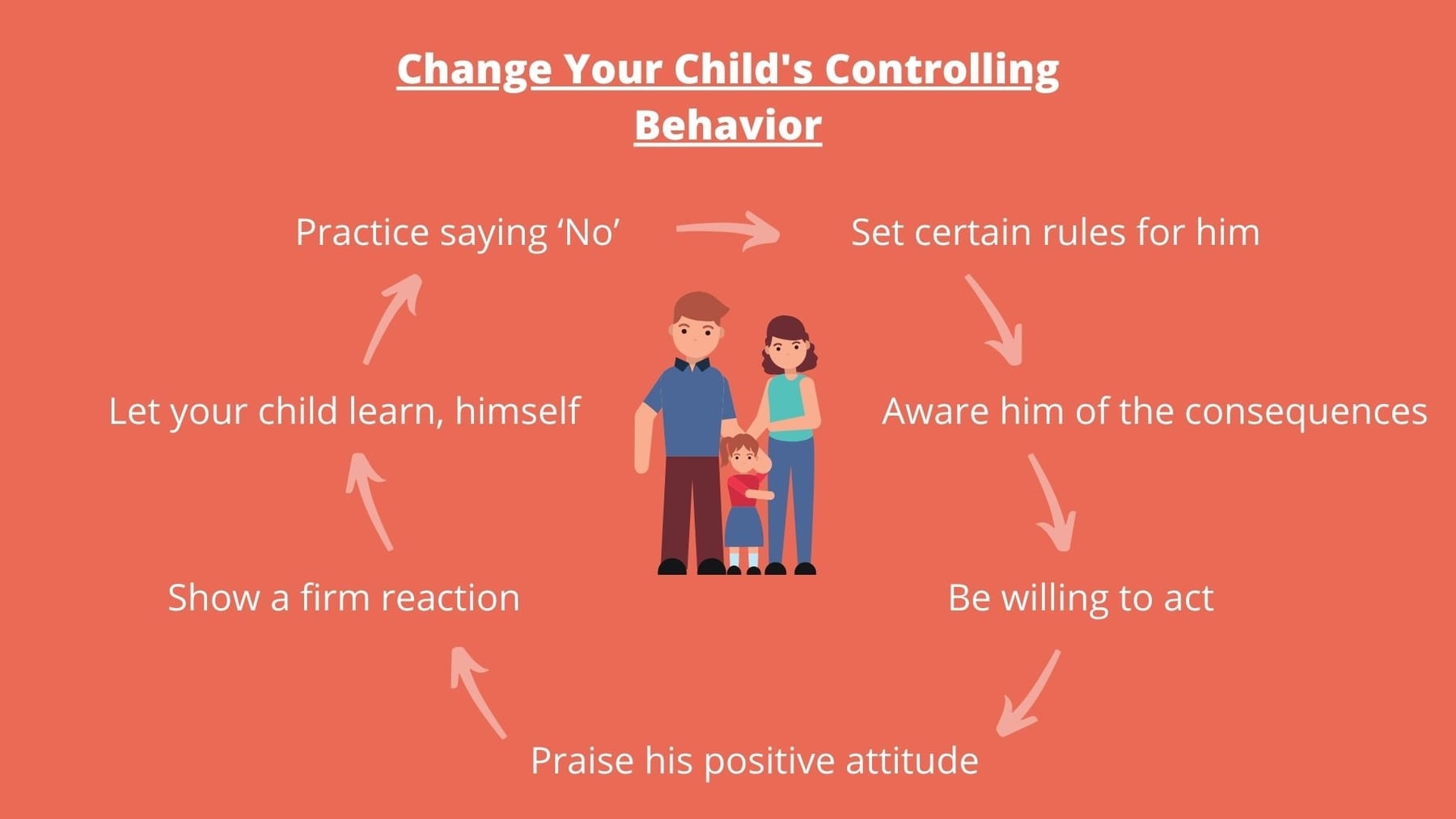 Children’s wanting control over everything is a normal thing to happen in families and can be dealt with without any pressure.

As long as you follow the above-mentioned steps and are patient for some time, you’d see his behavior changing and his actions being positive towards your guidelines.

One thing you have to ensure is that you as parents won’t lose temper shortly. Even if we build the perfect child-rearing system, our children aren’t robots.

There’d always be errors even if you’re trying your best.

Thus it’s important that you give this entire problem some time to be solved while you help your child get out of it every day.